Important Notice: Due to security requirements and the end of Microsoft support for the browser, credit and debit card payments may no longer be supported if using Internet Explorer 11 or below. Please update your browser to Edge/Chrome/Firefox or any other modern browser to ensure continued support.
Did you know...?
We now manufacture MEM Classic (MEMSHIELD2) and Cutler-Hammer Cranes products after our acquisition of Eaton's Holyhead manufacturing plant.

Miniature Circuit Breakers (MCBs) are low capacity reusable electromechanical devices that are designed to protect an electrical circuit from overloading or short circuits. Utilised in a wide range of industrial and domestic applications, MCBs will typically be found in a distribution board providing protection to electrical components within each separate circuit.

What types of MCB are available?

There are three types of MCBs that are commonly used:

Type B MCBs - Used in domestic circuit protection where there is little need for surge permission.

Type C MCBs - Used in commercial and light industrial environments which may feature large fluorescent lighting circuits, transformers and IT equipment such as servers, PCs and printers.

View our range of MCBs below

Kempston Controls, a leading stockist of electrical and electronic components, has a select range of MCBs of all types from market leading brands such as ABB, Eaton - Cutler Hammer, Siemens, Moeller and more to suit whatever your electrical installation requires. Give our dedicated sales team a call on +44 (0) 1933 411411 or use the contact form above to discuss your MCB needs.

This product has to be ordered in multiples of 6.

We have an open pack of 1 items and these can be ordered individually. 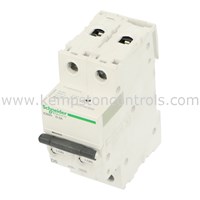 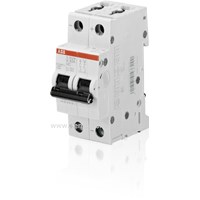 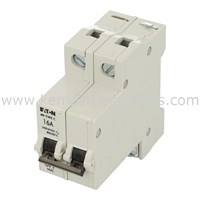 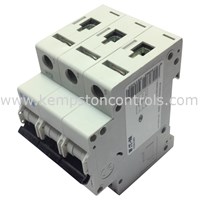 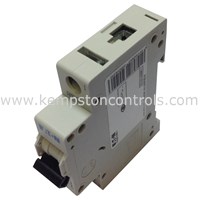 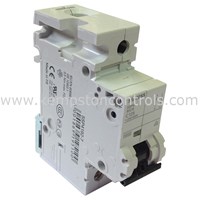 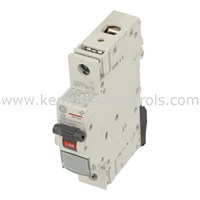 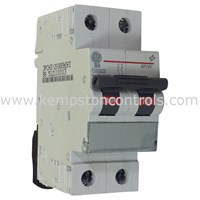 View All Manufacturers
Continue shopping View basket
GBP
USD
EUR
If you can't find what you're after on our website, our industry leading team is still available on +44 (0) 1933 411411 or email us at sales@kempstoncontrols.co.uk